George Murray was born in Anstruther in 1983 and joined Earlsferry Thistle Golf as an exceptional junior which is demonstrated by his competitive record when at the club.  He was Fife Boys Matchplay Champion in 1999.  George was also Scottish Under 16 Boys Champion in 1999.   He was Fife Boys Strokeplay Champion in 1999 and 2001, though not the first member of the Thistle to win that title, that honour falling to current member David Corstorphine who was strokeplay champion in 1964.  In 2000 he was Fife Champion of Champions and in 2006 he was the Fife Order of Merit winner.  He also played in the Earlsferry Thistle Team that won the Fife Team Championship in 2001, some 66 years since the club last won that championship.  A significant achievement given in terms of playing members the club have only 60 members of which no more than 10 had low single figure handicaps.

George’s greatest achievement as an amateur was winning the Sottish Amateur Championship in 2004 at Gullane Golf Course.  George defeated Paul O’Hara of Colville Park by one hole in the 36-hole final.

Though never selected for the Walker Cup, George did represent Scotland in the Men’s World Amateur Team Golf Championship (The Eisenhower Trophy) in 2004 in Puerto Rico and in 2006 in Stellenbosch, South Africa.  His contemporaries in the team included current European Tour members Richie Ramsay and Scott Jamieson.

George turned professional just before the 2006 Qualifying School Final Stage where he made the cut to earn his first full season on the Challenge Tour.  Following 3 seasons on the Challenge Tour, George broke through with a 17 under par victory in the 2010 Scottish Hydro Challenge at Spey Valley, Aviemore, the course where Brooks Koepka won at in 2013 with an 18 under par score, one shot better than George.  Brooks used this as a springboard to his current elevation as Number 1 in the World Golf Rankings in 2020.  George would make the step up to the European Tour in 2011 and play there until 2013, with a tied third place at the Alfred Dunhill Tournament at St Andrews, Kingsbarns and Carnoustie in 2011 and a second place at the Alfred Dunhill Tournament at Leopard Creek in South Africa in 2011 his best results on tour.  He played for a few years from 2013 onwards the Challenge Tour before stepping back from professional golf.  He is an honorary member of the Thistle. 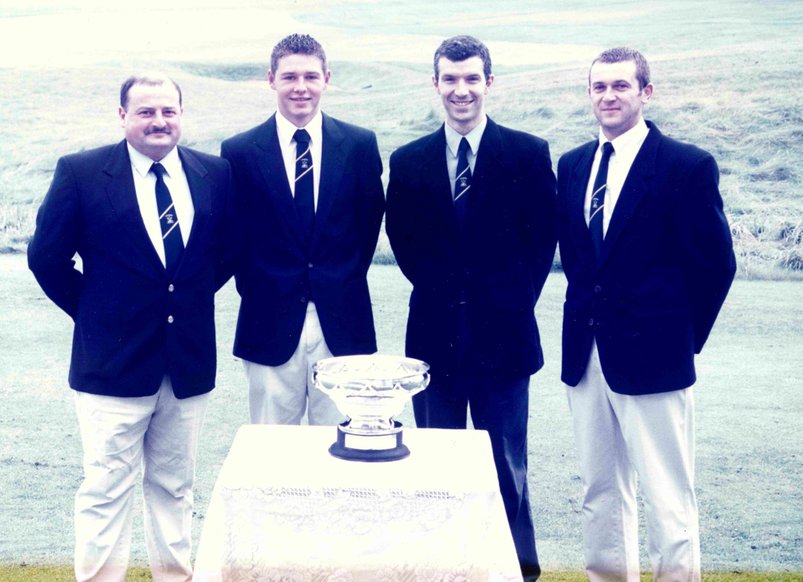 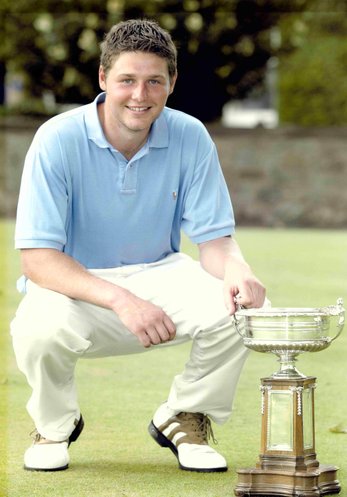