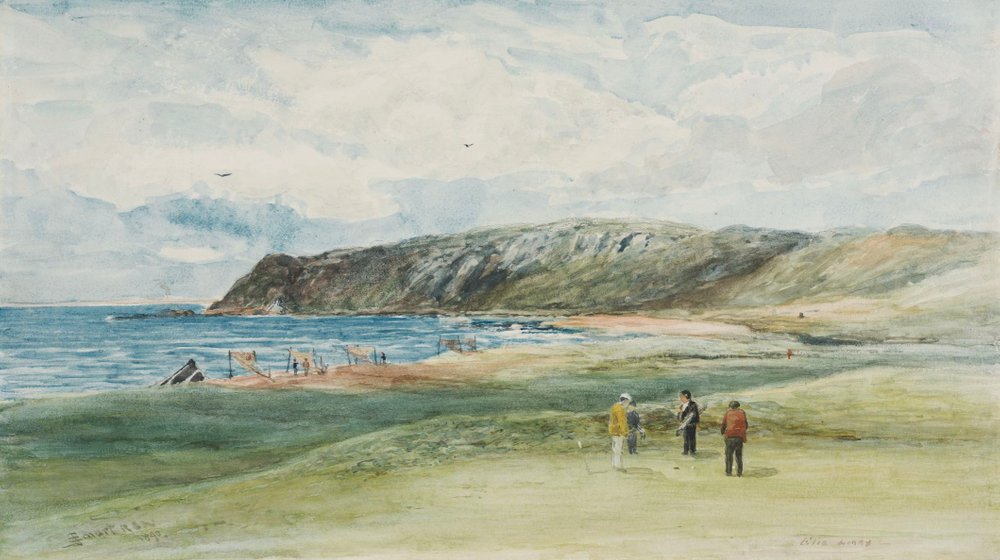 John Smart (R.S.A.),(R.S.W.) was born in October 16, 1838 in Leith, Scotland and died June 1, 1899 in Edinburgh, Scotland. He was educated at Leith High School and studied art at the School of Manufacturers, with the intention of becoming an engraver like his father.  After showing talent for landscape painting he became a pupil of Horatio McCulloch. Smart was one of the founder members of the Royal Scottish Society of Painters in Watercolour (R.S.W.) and he was elected to the Royal Scottish Academy (R.S.A.) in 1877.

As a well-known Scottish landscape painter he painted in oils and watercolour. His paintings depicted scenery from across the Lowlands and Highlands of Scotland. The critic James Caw said of Smart's paintings, "If coarse in handling and wanting in subtlety of feeling, they are simple and effective in design, vivid in effect and powerful in execution, and breathe an ardent passion for the landscape of his native land.” He is best known for his early paintings of golf courses in Scotland, "The Golf Greens of Scotland". The Elie Links painting was done in 1890 and is featured in the book. The Links has changed little since the painting with the exception of the salmon nets on the beach that are no longer there.

For many years the original water colour of this print lay unseen in a local bank vault for security reasons. It is now on loan from Earlsferry Thistle Golf Club to the British Golf Museum at St Andrews where it is on public display. 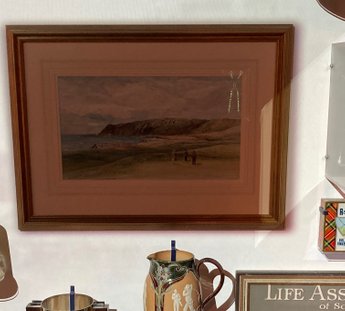 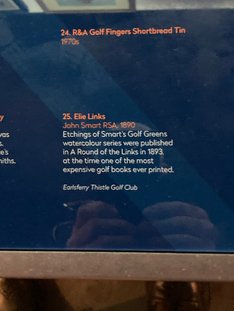 The Painting as displayed in the British Golf Museum