John Nelson Smith (Jock Smith) who was born in Elie is along with James Braid, Douglas Rolland and the Simpson Brothers one of the most famous golfers to have played at Earlsferry Thistle Golf Club.  Jock had a long and illustrious amateur golf career and served the club as captain on 14 occasions.  He was a member of the club for in excess of 30 years and the Club’s Handicap Open Competition the J N Smith Memorial Trophy played in June every year and established in 1952 is named after him.  In addition to his fantastic record in club competitions, Jock won honours at Fife County level, national level and played at the highest level in Amateur Golf in being the losing finalist in the British Amateur Golf  Championship in 1929 and playing in the Walker Cup in 1930.  A history of Jock’s considerable achievements is listed below along with some historical photographs.

Ranken Todd Challenge Bowl – This historic trophy which dates back to 1895 and is played for annually on the First Saturday of September on Balcomie Links by teams from the Clubs between the “Putiken” and the “Middle of the Water of Leven.”  Each Club to send four players.  Foursomes play by holes.  Earlsferry Thistle won this trophy eleven times with nine of the victories including a team with Jock Smith leading it.

Men’s Home internationals – Jock played in the Scottish National team between 1928 and 1934.  He was captain of the team when Scotland won at Royal Porthcawl in 1934.

See More Photographs of Jock and the National Team.

Jock Smith reached the final of the British Amateur Golf Championship played at Royal St George’s Golf Club at Sandwich, Kent in 1929.  He lost in the final to Cyril Tolley 4&3.  Cyril  had an illustrious amateur golfing career, playing in the Walker Cup 6 times.  An Oxford graduate ex Captain of the R&A and decorated military man his world was a million miles away from Jock, a joiner from Earlsferry.  There’s a story of when they were introduced on the first tee, Cyril Tolley asked Jock Smith what school had he gone to, to which Jock replied “the Nicht Skill”.

In recognition of reaching the final of the British Amateur and being a Scottish Internationalist Jock was selected to play in the Walker Cup against the USA.  The match was played at Royal St George’s Golf Club at Sandwich, Kent in 1930.  Jock partnered  William Campbell in the 36-hole foursomes losing narrowly to Francis Quimet and Jimmy Johnston 2&1.  In the singles Jock lost again by 2&1 to Oscar Willing.  The USA won the match by 10 points to two.  This was a very strong USA team captained by no less than Bobby Jones who in the same year, 1930 completed a unique “Grand Slam” winning all four major golf tournaments of his era the US Open, the Open, the US Amateur Championship and the British Amateur Championship.  He later went on to found and help design Augusta National Golf Club, where the Masters is played. 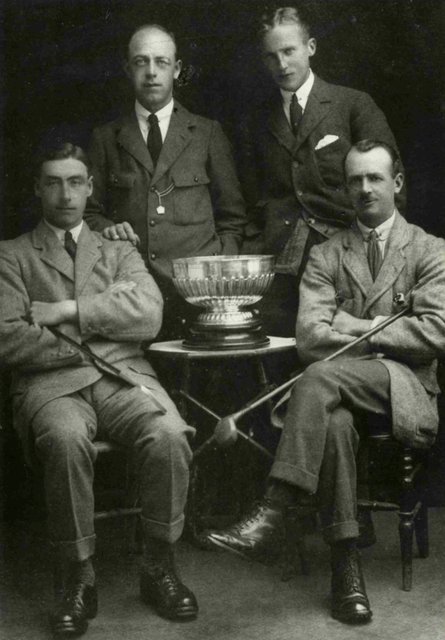 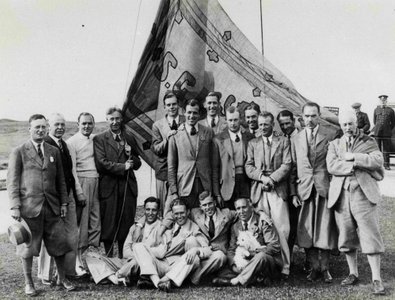 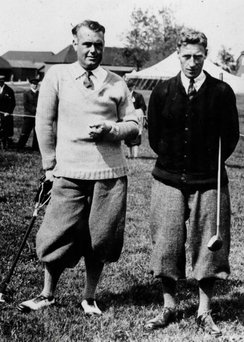 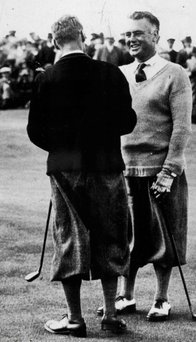 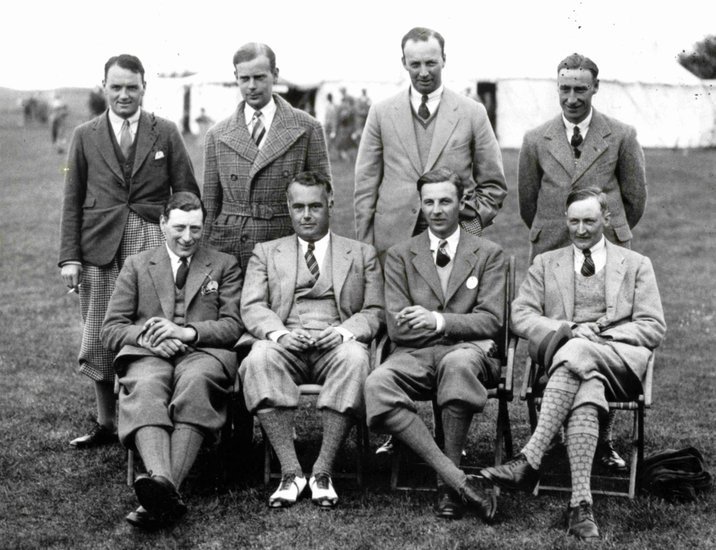 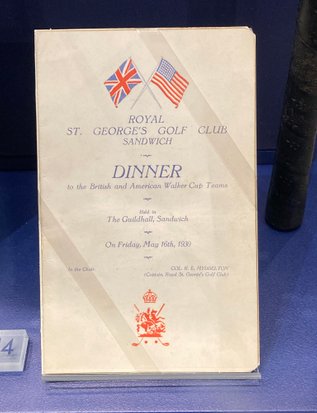