James Braid joined the Club aged fifteen and is said to have stated that a man in Earlsferry who does not play golf unless for good and obvious reason was a crank.

It was a nine hole course, then through a number of improvements was extended to eleven, then fourteen and finally through the golf designer skills of Old Tom Morris, four times winner of the Open, it became the eighteen hole course it is now in 1895. The score card shows that the course is 6273 yards long with just one par three in each half. There are no par fives but six of the par fours measure over 400 yards. With a classic seaside location, it is an invigorating, challenging course that will excite and inspire and bring you back to play again. Throw in the seaside breeze or stronger it will test you and require a range of shots to play to handicap as the holes run in different directions.

The first hole is probably unique in that the tee shot is policed by the starter who uses a submarine periscope from his box to announce when the fairway is clear to play. The drive requires steady nerves to steer the ball through a blind shot over a hill some 70 yards away. From the elevated third tee the first par of three of the course fine views are presented over the firth towards Edinburgh and to the Bass Rock off North Berwick. Club selection is critical with the wind direction and strength key factors. By the sixth hole the courses location next to the sea becomes evident with views over Leven bay and up the Firth. Bunkers guard the approach to the green. The ninth hole is the second longest hole on the course and wind direction again is pivotal on club selection.

The tenth hole through to the thirteenth are played beside the sea. The tenth and eleventh greens being right by the foreshore. The tenth green is blind but driveable depending on wind direction. Remember to ring the bell when you leave the green to let the players behind you know that it is clear. The twelfth hole is the longest and follows the curve of the West Bay and beach. A testing drive particularly off the medal tee. The thirteenth hole was described by James Braid as the finest in all the country and it rightly features in golf literature as a great hole. The approach to the green is testing with a long narrow green where accuracy and shot strength and flight is key. From the sixteenth hole the course leads eastwards back to Elie with the   road that divides the seventeenth green from the eighteenth hole the boundary between Elie and Earlsferry. The eighteenth hole provides a challenging drive down the centre ridged fairway and where the approach to the large green is testing to avoid bunkers and running out of bounds. 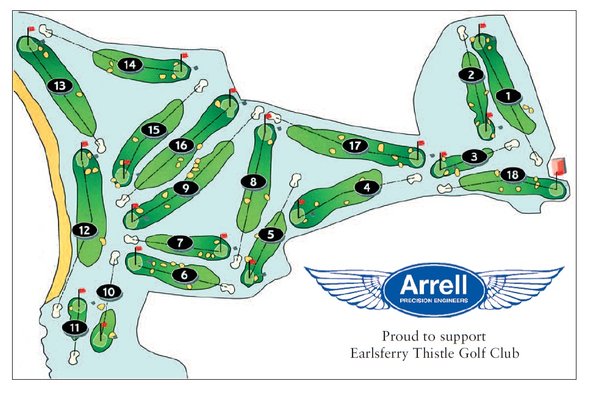 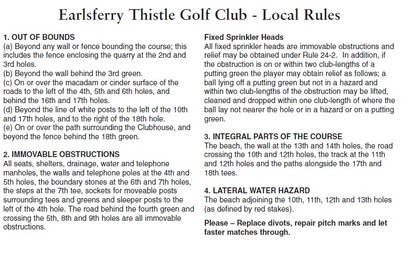 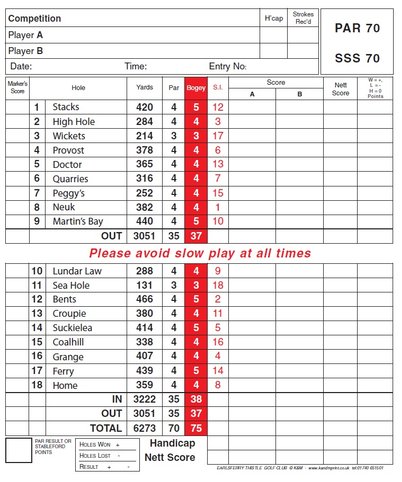 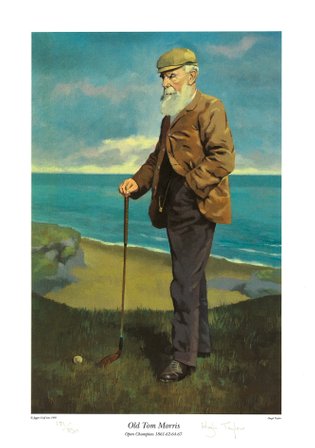